Our books travel the world

We live in a time of great political and social changes, of liquid boundaries and cultural contaminations. This context makes it inevitable that literatures rapidly lose their national connotation and gain a more extended European trait.
Over the past 15 years, we have established our leadership by reaching a wider audience which is not confined to the Italian borders. We opened branch offices in the main European capitals. Both our bestselling writers and emerging authors are published simultaneously in Italy, Spain, Germany and, from now on, in England as well. France and the United States are our next goals. 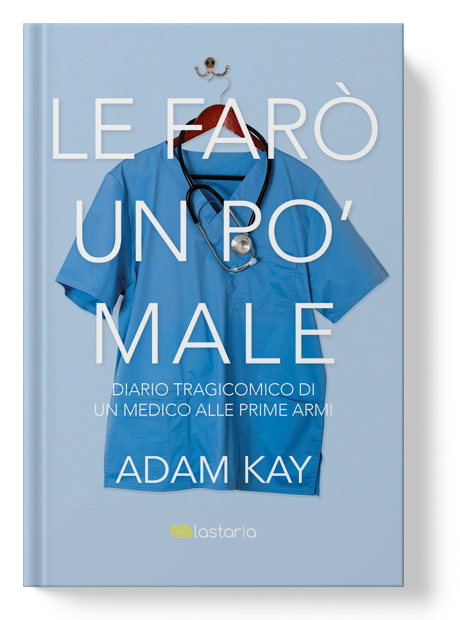 Adam Kay – This is going to hurt
The award-winning best seller with 650.000 copies sold, is published in Italy by Europe Books 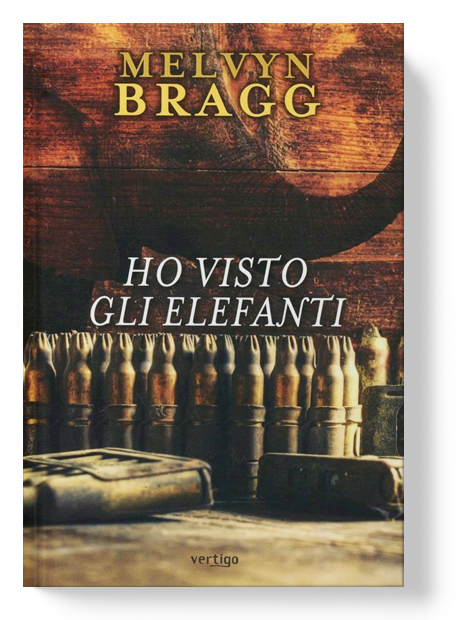 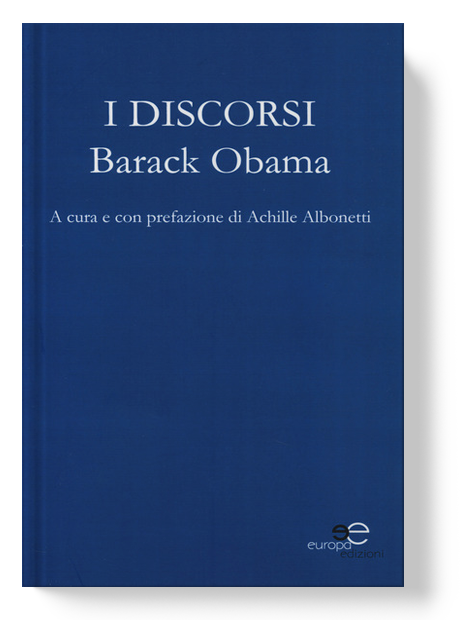 Barack Obama – Speeches
Charisma, humanity and wisdom. The American dream, told by one of the greatest communicators of our time. 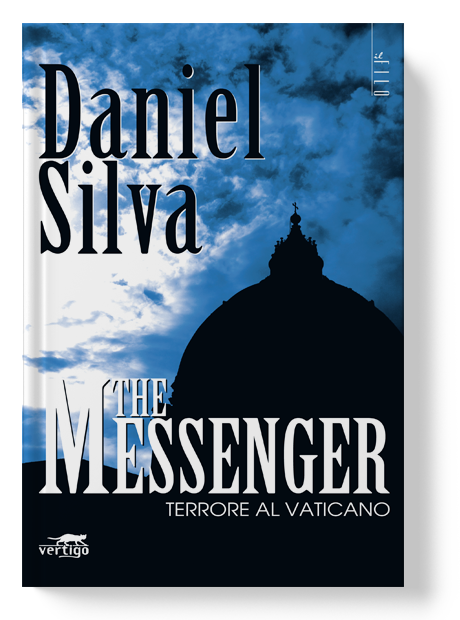 In addition to fiction and non-fiction, we publish the greatest poets from all over the world.

Octavio Paz, Nobel Prize for Literature, is considered the greatest Spanish poet of the second half of the twentieth century.

Alda Merini. The most admired Italian poetess of our time, she was nominated several times for the Nobel prize.

We reached the agreement to publish the Pope’s latest book in Spain and Germany.
One of the greatest teachings that Pope Francis shares with us through this book is that dialogue must always come first. Once again, the Pope gives voice to the challenges and anxieties of the modern man by giving an example of humility and inspiration.

With Primidieci, a book that celebrates Italian excellence around the world, we introduce one of the many initiatives aimed to the European publishing market. The American edition was followed by Primidieci UK, a book dedicated to the top personalities that best represent Italy in the United Kingdom.

“I cherish PrimiDieci for their idea to ​​celebrating Italian excellence around the world. Only by sharing the stories of men and women who made it, future generations will be encouraged to believe in their full potential. “
Bill de Blasio
(Mayor of New York)

Emerging authors as told by the protagonists of our times

Emerging authors have been at the core of our identity since the beginning. In Italy and Spain these series are the most sold and awarded. In light of these results, more than a hundred celebrities have chosen to present the books of our emerging writers, symbolically guiding them to success. Not only bestselling writers, but also celebrities from the music and sport industries such as Ennio Morricone and Arrigo Sacchi, just to name a few.

The brilliant creator of Inspector Montalbano. His books have been translated in 120 languages.

Our emerging authors around the world

“The hidden music“, the first book by Giovanni Maria Pala, is a worldwide success!
The book has been published in several countries around the world, and in Japan the translation rights have been acquired by East Press – the publishing house that publishes Dan Brown – for the record price of 65,000 dollars! 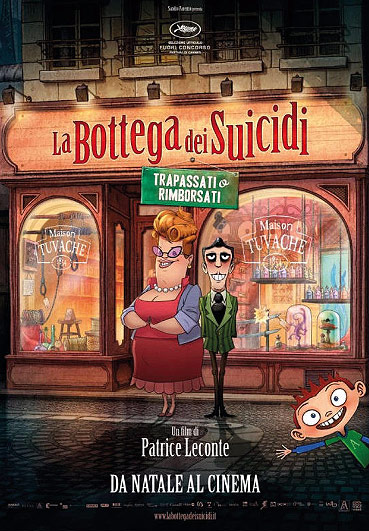 Our books turn into movies

Thanks to the constant effort to enhance the synergy between literature and cinema, several novels published by Europe Books have turned into successful movies.
This has been the case for “The Suicide Shop”, presented at Cannes Film Festival with the masterful direction of the award-winning director Patrice Leconte.
“The officers’ ward“, a movie based on the namesake book that won 18 prestigious literary awards, was nominated for the Golden Palm at the Cannes Film Festival.

Caos Film is the Group’s division specializing in movies, radio and television productions

This movie reveals what has gone on behind the scenes of television industry.

Sex, poisons and reality shows. Here is “The Suite”, a movie that tells the story of sex, power, frauds and money that gravitate towards the television universe.
(Il Corriere della Sera)

We launch our latest books on TV and radio shows. Furthermore, we attend the main international book fairs in England and in the rest of the world, and we organize several literary events.

TV and radio broadcasts dedicated to our latest publications have been on air for the past 10 years in Italy. With time, they have become a point of reference for book lovers and gained a growing success in Spain and England.

Around the world with our books!

Presentations, signed copies gatherings, readings: we want to play an active role in supporting the relationship between the author and his readers. For this reason we organize hundreds of literary meetings every year throughout Europe!

Media publish more than one article per day about our publications. Our annual reports show that in, 2018, over 1024 articles about our authors were published in media around Europe

Amref and our Group together for Kenya

A special Thank you, to all our readers who purchased our books!

AMREF and our Group partnered together to improve the health and social conditions of children and their communities, in schools of Malindi, Kilifi and Kaloleni in Kenya. We strive to ensure the development of their general health in preschool, as well as in elementary and secondary schools. In fact, part of the revenue from the sale of our emerging authors books was used to finance selected AMREF projects. Thanks to this partnership, we were able to build a school (picture on the right) and a water well in the Makueni district. 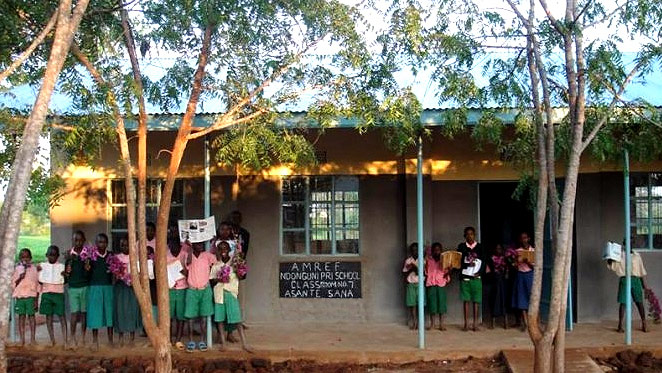 Our proposal includes a customized editorial intervention, aimed to enhance the literary and communicative traits of the manuscript entitled The Shadow – The death of the Eagle, a book we have selected for its several interesting prompts. The most distinctive characteristics have been discussed between the author, Mauro Cavallini, and Giorgia Grasso, the editor who was responsible for the evaluation of the manuscript. The telephone call meeting took place today, Wednesday 20 February 2019.

To optimize the distribution of the work, the editor, together with the press office and the marketing manager of Europe Books, has developed a high-impact marketing and publicity campaign, which includes several targeted interventions including: participation in television and radio broadcasts, the launch of an Audiobook, the participation to the main international book fairs together with the publisher and the dedicated press office work; The Shadow – The death of the eagle, moreover, would benefit from a distribution, which covers about 5,000 selling points spread throughout the territory.

In addition to the paperback, Europe Books publishes the e-book version of the manuscript, compatible with all devices and distributed over 200 channels (Amazon, iBooks, La Feltrinelli, Mondadori, L’Unità, Il Fatto Quotidiano, Rizzoli , etc.).
In the event of a publication, the revenue of the sales will contribute to the financing of writing workshops called “LetterariaMente”, aimed to patients treated by the Mental Health Services. This initiative will be mentioned on the back cover of the book and will have no financial repercussions on the percentage reserved for the copyright. The latter will in fact be deducted from the revenues of the publishing house.

This editorial proposal, while inevitably requesting the purchase of a specific number of copies, establishes, upon the editor’s proposal and following the guidelines of the Regulation for a quality co-production, the reimbursement of the contribution paid upon the reaching of the 500 copies sold.

Copies to be purchased by the author: 200
Cover price: £ 12,90
Reimbursement of the initial contribution: 500 copies sold