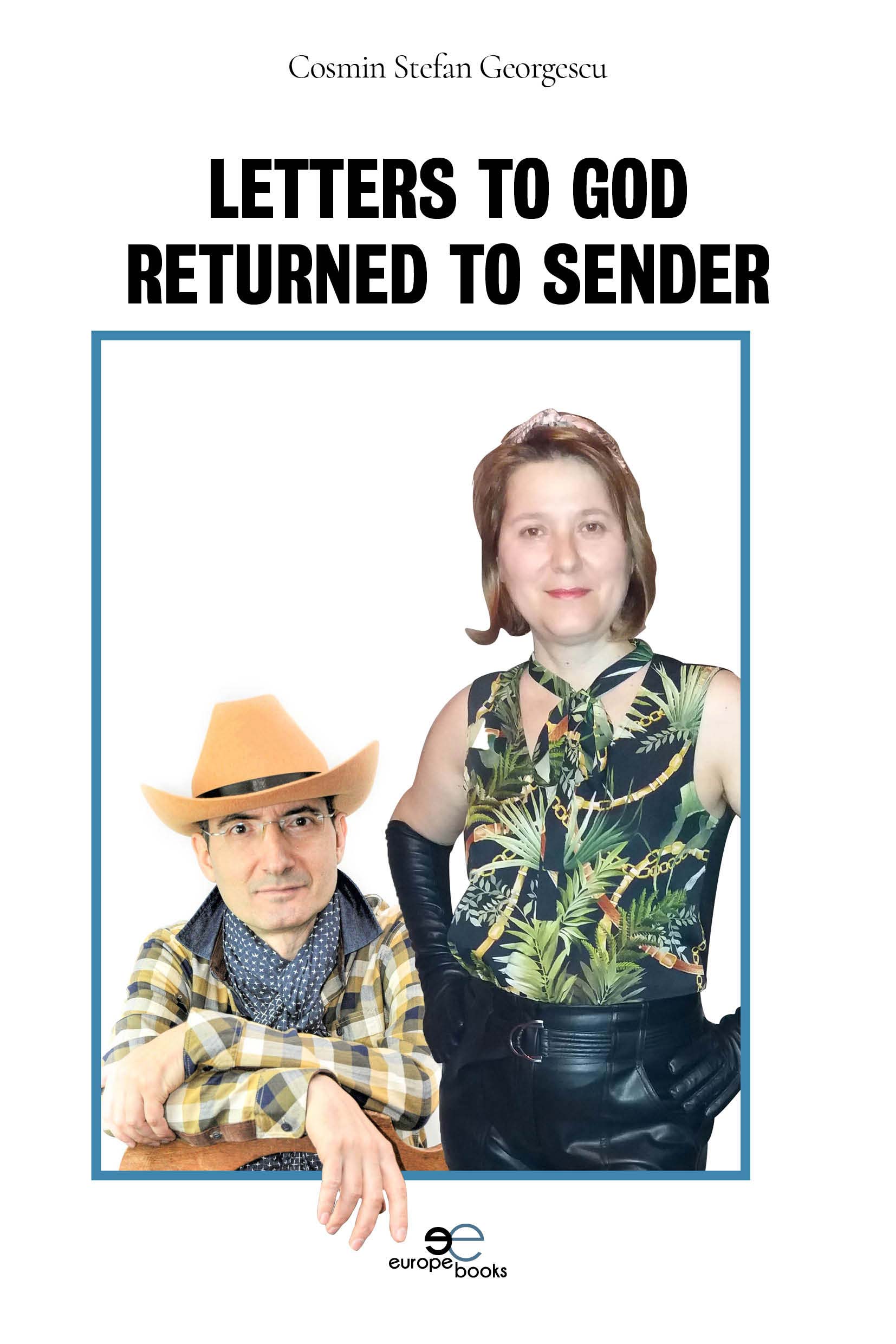 I cannot understand mountain climbing. Why would anybody climb up a rock if there is nobody else there? Life is like a sonnet. The beautiful section keeps repeating.

Letters to God returned to sender is an original collection of aphorisms, spilling out freely, in a continuous imaginary conversation with God and with all human beings. In a mix of fiction and non-fiction, the author portrays the many facets of life, using accurate short sentences to give form to an iridescent fabric with a strong and romantic identity. But it’s not just about love, his thoughts touch all the existential themes in a surprising and humorous way: from the relentless passing of hours and seasons to faith, from man-female relationship to happiness. It’s a book to read and reread, which is source of funny phrases and pieces of life advice.

Cosmin Stefan Georgescu, has always been surrounded by books. His parents were both teachers and while other children had a lot of trains and teddy bears, he had plenty of books. Before he could read them and they could tell him something, he learnt how to talk to them.When he was able to read he was disappointed. They were not such a big invention, after all. The plasticity of gestures, the grins, the smiles, the glimmering tears are not present in a written text and he considers himself a failed writer. But, he always thought he had a gift: the gab and, as he cannot travel everywhere, he keeps sending these dispatches without an address and they sometimes stop in heaven, at the Great Watchers.