BEA AND THE BUTTERSQUELCH - Sam Hash 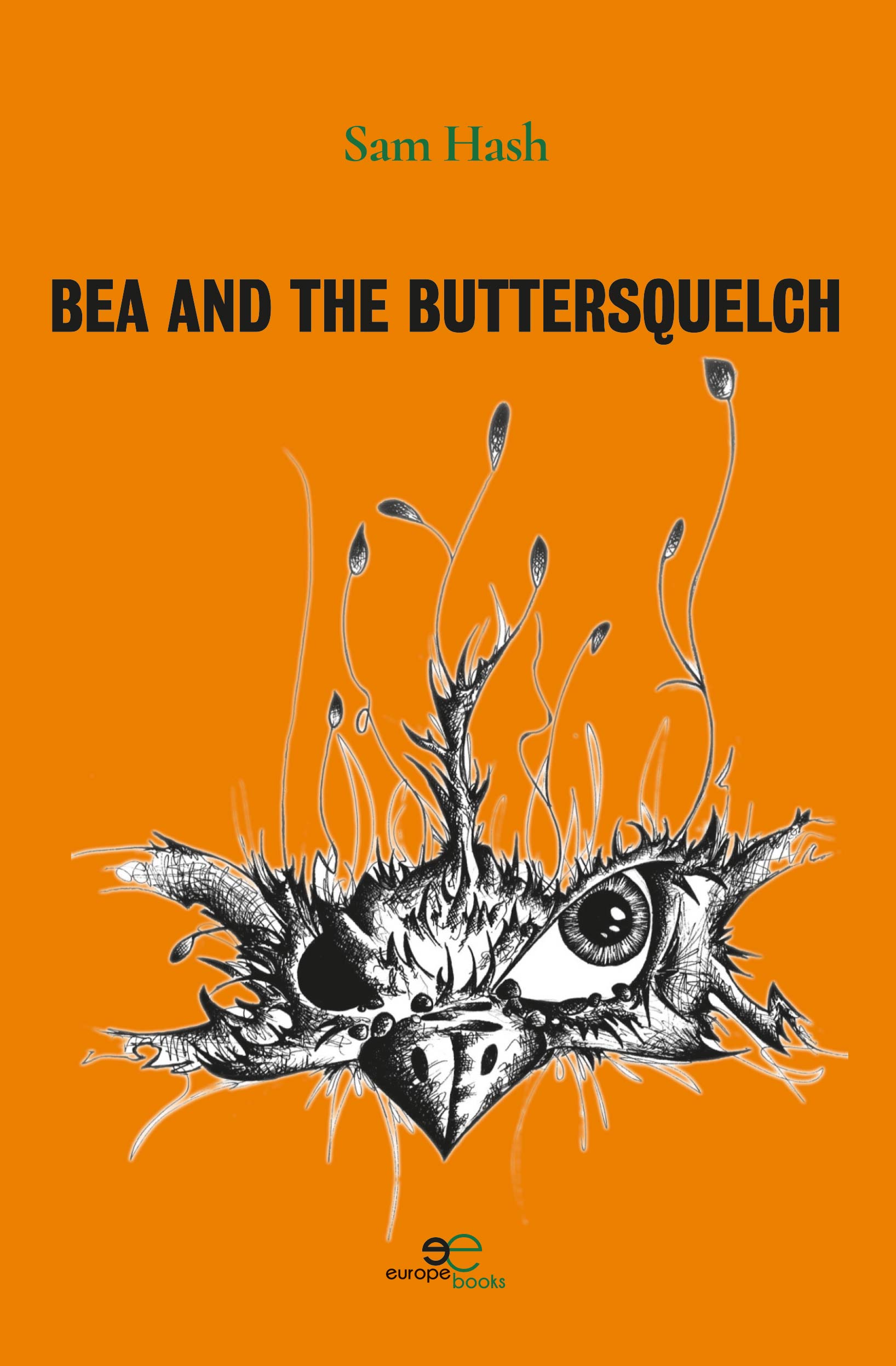 What if you were an eight-year-old girl and all of a sudden you meet a Buttersquelch in your garden?
Bea has a mass of curly red hair, she wears yellow steampunk goggles with spikes on, and in the common behind her house she meets a strange creature called Boil. After sharing a sandwich in Bea’s Grandad’s shed, they get sucked down the back of an old armchair, which turns out to be a portal. They arrive to Boils’ world, populated by Inklebinks and Megabinks. That’s the beginning of their adventures and new discoveries until they have to go through a mix of portals and burrows, to return to Bea’s world.
“It’s a story about friendship, imagination, playing outside, and laughing. It is also about sleeping well, eating well and about not being scared of the dark”.
“What are you?” Asked Bea looking down at, well, she was not sure what. This peculiar little fellow was a bit shorter than half as tall as she was with feet twice as big. He had knobbly knees and elbows attached to knobbly limbs. His head looked a bit like a squashed bird with massive ears to balance out his massive hands and feet. And although each ear was the same size as his face, it was a face that seemed to make sense. He had fur that was a glorious mix of reds and oranges and had random long feathers sticking out with purple tips topped with a twitch of blue. He was peering up at her with one massive curious eye under a rather eccentric eyebrow. The other eye was small and dark…Then with one outstretched fi nger pointing to the clouding sky he proclaimed “I am a Buttersquelch!”

Sam Hash completed a Fine Art BA at Middlesex University. She has always loved reading and writing and she decided to incorporate lettering and words into her artwork and tattoo designs. She did a variety of jobs to pay the bills and continued to practice art on her own. Then she got a commission for 4 pieces of art for the theatre where she was working at the time, as a Food and Beverage supervisor. Spending the last 4 years working at a residential youth hostel, on occasions there being a quiet environment, she had the chance to play with things again.